Paweł Szamburski during his solo activity as part of the Bonds of Culture festival will present his own interpretations of Jewish music, mainly from the collection of Moshe Beregowski, as well as from the rich heritage of the Hasidic Modzitz dynasty. He plays the clarinet and make use of modern techniques and electronic effects to create an extremely personal, colourful music story supported by traditional and musicological references.

Komponuje dla filmu, teatru, kina niemego oraz słuchowisk radiowych. Paweł Szamburski is an artist who has been active in the independent music scene (mainly associated with the the Lado ABC record label) for 20 years. With the “Bastarda” ensemble, he reinterprets early and medieval music in a contemporary way, and in the “SzaZa” duo he works in an interdisciplinary field. He composes for film, theatre, silent cinema and radio plays.

The Szczecin branch of the Socio-Cultural Association of Jews in Poland is a partner of the event. 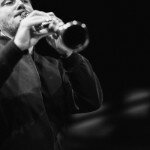 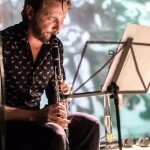