the tower of St. James Cathedral in Szczecin

Male vocal group singing Corsican polyphonic songs formed in the confraternity in Furiani. The ensemble collected and reworked religious songs from Nebbiu – the misty region between Balagna and Bastia in Corsica. During over 17 years of activity, the group has rediscovered the secular and religious tradition of Corsican singing, but also has been using it creatively in their own compositions. The members of Tempvs Fvgit always sing in a circle, considered by many mystics to be the perfect image of the sacred. The members of the group chose the circle as a symbol of songs performed by them, thus referring to the circular nature of the holiday, but also to the earthly, religious and spiritual spheres, merging and permeating in traditional singing. By standing in a circle, where the boundary between the individual and the group is blurred, the ensemble consisting of several singers becomes one chant, one organism, one block of energy.

This time Tempvs Fvgit agreed to take part in a peculiar experiment, because during their stay in Szczecin, they are going to perform Corsican liturgical and para-liturgical songs in a special place (the glass terrace of the tower of St. James Cathedral in Szczecin) and at a special time.

The place is to emphasize the unique, “vertical” character of the group’s repertoire, consisting of liturgical songs (including Veni sancte spiritus and other pieces from one of the most interesting Corsican liturgies Vultum tuum – studied, practiced and recorded by Tempvs Fvgit in the form of a CD issued by Harmonia Mundi in 2003), as well as non-liturgical songs derived from the folk tradition that survived in Corsica in the oral tradition.

Time of the event – on the border of day and night – will also refer to the tradition of performing Vultum tuum, which is celebrated in Nebbiu region at dusk (also in September), in a chapel specifically devoted to this liturgy and located in the Corsican mountains high above human settlements.

September 26 was, according to the old Christian tradition, the day of liturgical commemoration of one of the first saints: Cosmas and Damian – two brothers (probably twins), born in Arabia and educated in Syria. They were called anargyroi – literally ‘the silverless’ i.e. those who do not accept payment for their deeds. Cosmas and Damian are saint patrons of barbers, doctors, pharmacists, and pharmacists. They are also believed to protect against epidemics.

Due to the nature of the event and the need to meet the requirements, the ensemble will perform a series of several performances, each time for a dozen or so audience. 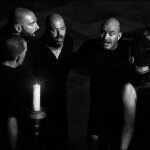 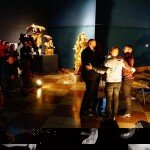