The band consists of Heine Avdal, Fabrice Moinet, and Yukiko Shinozaki. The main goal of their work is to find a balance between technological and human forms of communication, between the artificial and the organic. The recurring themes of their work include: focusing on space, processing information and replication. They consider video, sound, light, and distribution of space in the creative process as equivalent elements with dancers, performers and the audience. They seek poetry in everyday life, shifting and transferring sounds and actions to increase experiencing the reality. The project Conversation #2 ‘distant voices’ will be built be combining structure created before by Field_Work with the results of workshop with Polish participants from Szczecin. Workshop distant voices explores the effects of spatial organization on the body and its perception. What happens if an architectural space exceeds its own borders from within? What if a situation breaks out of its spatial limits? What if it dissolves its specific contextual set ups and codes by spreading to other frameworks? And how does this affect the physical, perceptive and behavioral relations between audience members and performers? distant voices pursues these questions by playing with the idea of materializing space. The project features a structure of moveable objects, whose presence augments the situation with a multiplicity of blind spots. As a modular, transformable sculpture, it oscillates between an installation, a stage design and an architectural element, continually shaping and reshaping the spaces in which it is presented, simultaneously segmenting them into both accessible and inaccessible areas, both visible and invisible zones. 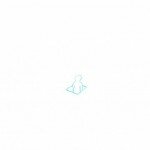